Why Men Should Do Yoga – 6 Benefits Of Yoga For Men

By the end of this post it is my goal to have convinced you of why men should do yoga. As a man who has only been practicing yoga for a little more than a year, I can say with confidence that the benefits of yoga for men are far greater than any other workout that is available to us. That is a pretty bold statement but I will try to back up my claim with a few reasons why I believe yoga can be so powerful in men’s lives.

Bringing Yoga Back To Its Roots 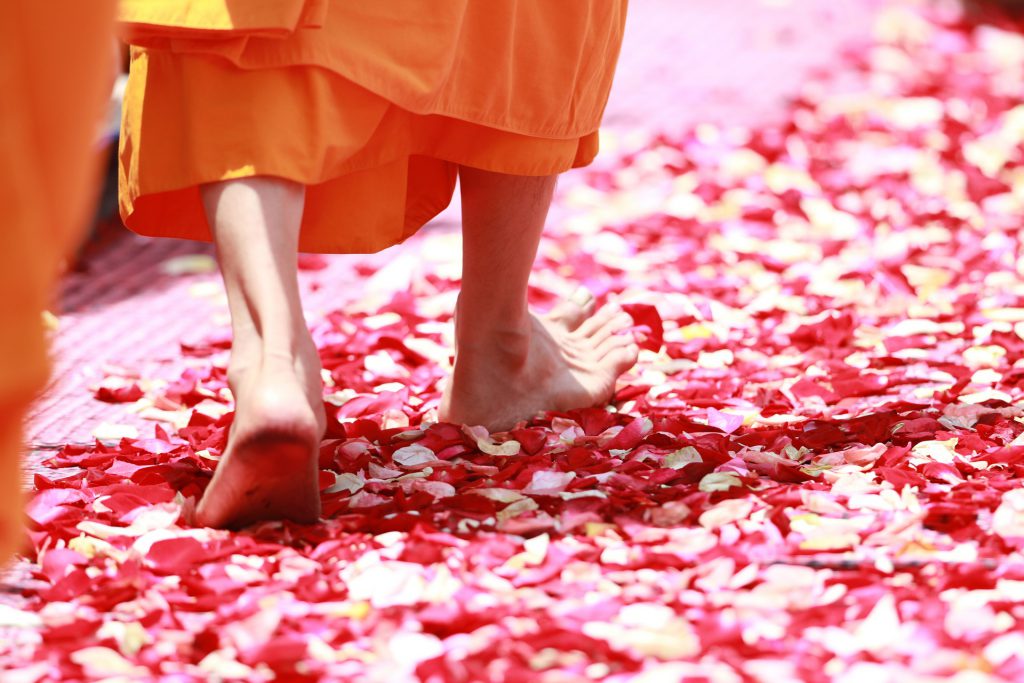 When most guys are asked what they think about yoga they usually say it’s something that women do. Why is this? Yoga originated in India as something that young men practiced all throughout their childhood so they would become strong and focused men. So how did this practice that was used to turn boys into men for thousands of years become something that only women did?

One of the first people to bring yoga to the US from India was a woman named Indra Devi who opened a yoga studio in Hollywood, CA in 1947. She also wrote a few books that became really popular among stay-at-home mom’s during that time due to the empowering nature of yoga.

As the years went on yoga continued to gain popularity with women and never really caught on with men because it was advertised as a way to connect to your ‘spiritual self’ and find calmness in your mind. Men don’t really respond to this type of stuff because we want to sweat and pick up heavy things so we can get bigger muscles.

I’m just as guilty as every other guy alive, which is why by the time I was almost 30 I had severe chronic low back pain, I couldn’t touch my toes, and I was recovering once again from an injury caused by lifting weights and running.

Yoga For Men In Today’s World

Fortunately for some of us that took a little longer to open our minds to the idea of yoga, by the early 2000’s there were tons of men already practicing yoga and feeling the huge benefits of their practice. Men like Trevor Eliot from The Ultimate Yogi, Tony Horton from P90X, and pro wrestler Diamond Dallas Page from DDP Yoga were leading the way to bring yoga for men to the mainstream. 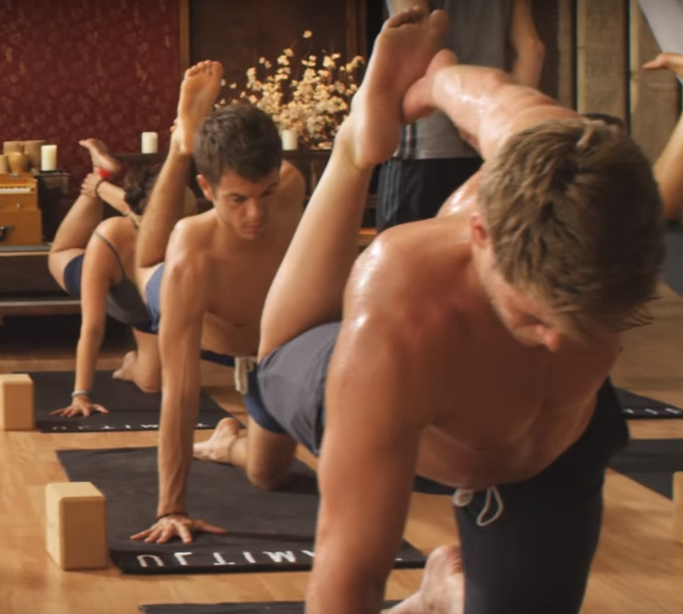 Yoga for men in today’s world.

Since those guys were teaching yoga as a way to workout, a way to get stronger and leaner while also healing bad joints and chronic aches and pains, it almost seemed too good to be true! Yoga didn’t have to be this spiritual meditation that didn’t even allow me to break a sweat? I was ready to give it a try, just like millions of other men around the country were already doing each day.

You Must Overcome The Barriers

What I didn’t realize when I started going to yoga classes was how many women still do yoga. It can be very intimidating for a guy to walk into a class full of women and try not to cause too much attention to himself. The more you continue to come back to your mat the easier it gets and eventually you’ll barely even notice that there are other people in the room because of how focused you are on your own practice.

Also, if you’re like me, the most stretching you ever did throughout your childhood and teen years was the 10 minute stretch before baseball or other type of sports practice. As much as we would have loved to be flexible and touch our toes, it just didn’t seem like it was going to happen because we had the completely wrong idea about what flexibility was.

It doesn’t matter if you’re a professional football player or a professional video game player, every guy can benefit from regular yoga practice. Many professional athletes, like pro baseball player AJ Pollock, become less injury prone due to the flexibility yoga provides. I sat at a computer for years and developed chronic low back pain stemming from sciatica and never thought I’d be in this good of shape and this pain free.

Benefits Of Yoga For Men

So why don’t more men practice yoga when the benefits of a regular practice would improve all aspects of their lives? Sometimes it’s just a matter of getting past our animal instincts and give into what yoga has to offer. We’ve determined that yoga can help you but now I want to show you how it can help you.

Yoga uses every muscle that you knew or didn’t know that you have and positions them in ways that you never thought possible. Many of the postures require the use of your core muscles as well as your arm, shoulder, back, hip, and leg muscles. Since you are moving your body naturally under your own body weight instead of lifting extra weights in unnatural ways, your body starts to build lean muscle and heat up your joints. As a result your joints will get stronger and start to repair the cartilage that has deteriorated and been the cause of your chronic pain.

2. You’ll be able to touch your toes.

As great of a feeling it was to be able to sit down and touch my toes after years of thinking it was impossible, the way the rest of my body was now able to move because of how flexible I was in all other parts of my body was even more amazing. Yoga uses the intensity of the postures to build heat naturally in our bodies which fires up the joints and connective tissue in-between allowing your muscles to finally loosen up after so long.

The reason we were never able to get flexible all those years was because we didn’t give our body enough time to heat up before stretching it out. It would be like putting bread in the oven right as you set the pre-heat and then took the bread out the second the pre-heat was done. You might get a couple bubbles but that bread would still be dough.

3. You’ll be able to stand on one leg without falling over.

Strength and balance are two important benefits of yoga for men.

It is hard to describe the importance of balance to someone who has come to the conclusion that they will never have good balance. You might imagine balance as standing on one leg, and that is a very good demonstration of how good someone can balance their body weight, but the real benefit of balance comes from within your body.

Overtime your focus will improve and your muscles will get stronger allowing you to really feel what it’s like to be completely balanced, even while upside down.

4. You’ll have more energy at home.

An intense yoga workout that you feel physically and mentally exhausted afterwards can seem like something that would make you want to go home and crawl in bed but in my experience, after a shower and some food I feel like I can take on the world. A consistent yoga practice will increase your stamina and endurance in everyday activities and keep you moving with ease.

5. You’ll stop worrying about how other people are working out.

Since most guys want a workout that is about action and competition, yoga can seem a little underwhelming to a lot of men. Even if you only practice yoga once a week as you add it in with your other workouts, you might find that yoga shows you things about yourself that you never knew before. Instead of competing against others, yoga forces you to focus on yourself which becomes a challenge then of how hard are you willing to work to make your body feel as good as possible.

6. You’ll be less stressed out.

This is probably the most important benefit of a regular yoga practice. Men are much more prone to anger and violence than women and it’s not because we are bad people, its because evolution has shaped us to be warriors. Unfortunately a world full of people using their ‘warrior’ brains doesn’t fare well for anyone.

Yoga gives us the ability to take our stress and frustration to the mat and put in into our practice. Lifting heavy weights sometimes just adds to the frustration that you might put into your workout and might focus less on calming your mind. Because you are combining your breath with your movement, the intensity of the workout relieves any stress or tension you brought with you to the mat. After a while you’ll be able to face any situation life throws at you with a clear mind and able to make rational decisions towards your fellow man.

Why Men Should Do Yoga

In my opinion yoga is one of the best tools that men can use to gain strength and balance in their bodies and minds. Committing to a regular yoga routine is the best way to get immersed in the yoga culture if you’re not ready to venture into the studios in front of the women just yet. The benefits to your health and life are too good to miss out on.

What’s stopping you from starting a yoga practice?