Among Shifting Perceptions, How Many Americans Practice Yoga in Today’s Culture?

Stick With It Yoga > Motivation > Among Shifting Perceptions, How Many Americans Practice Yoga in Today’s Culture?

The amount of people practicing yoga in the US has almost doubled from 20.4 million people in 2012 to 36.7 million people in 2016 and it doesn’t look like that number is going to slow down anytime soon. If you live in a big city then you’ve probably seen yoga studios popping up all over town and the amount of conversation that has shifted towards this new craze over the past few years has risen drastically. It’s easy to see how many Americans practice yoga mainly for the increased health benefits, but what can this rising trend really tell us about the practice of yoga itself? 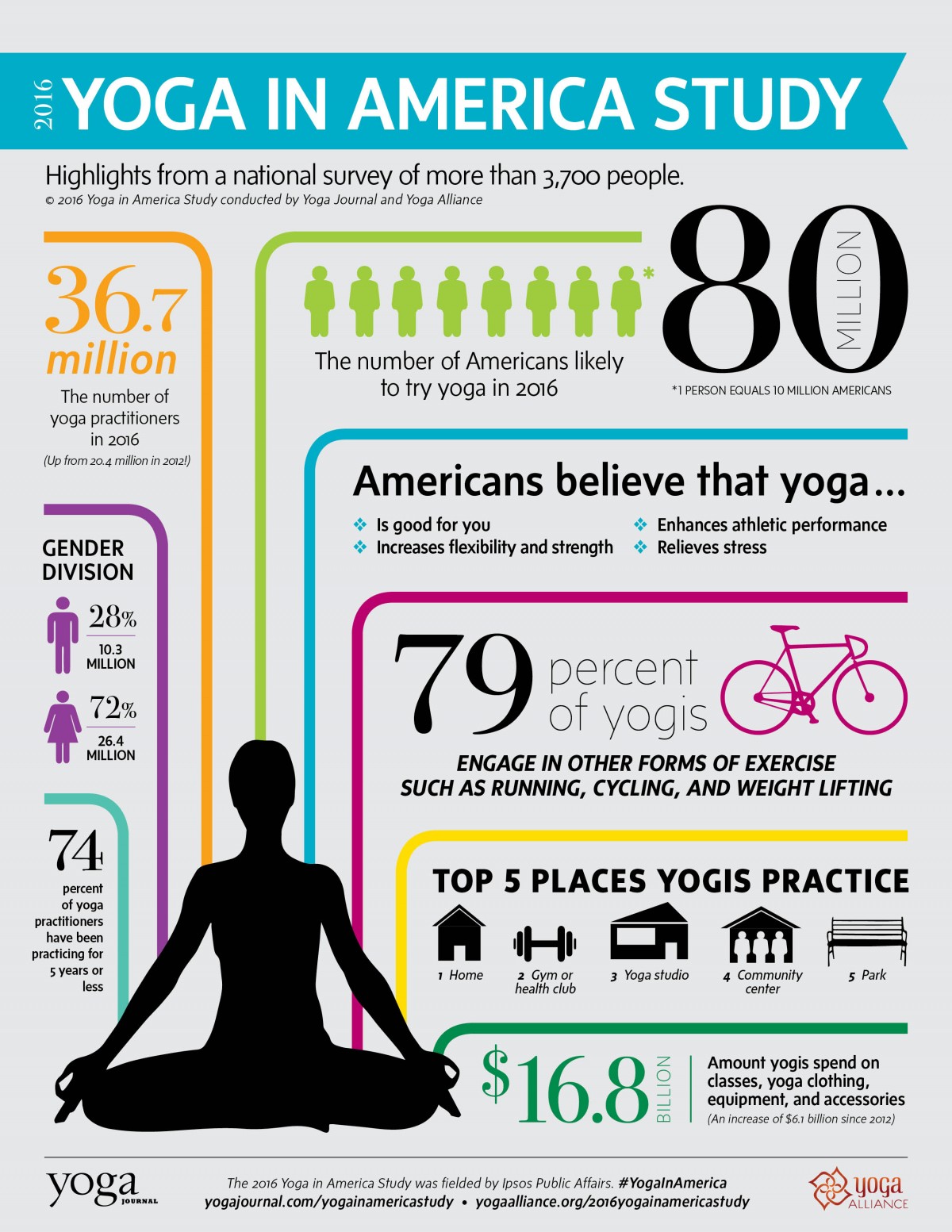 Survey on how many Americans practice yoga.

This new survey conducted by Yoga Journal and Yoga Alliance shows that 74% of yoga practitioners have been practicing for 5 years or less. I personally did my first yoga routine about 5 years ago when I was doing the P90X workout DVDs and only regularly started practicing yoga just over a year ago.

So what is so special about yoga that it is causing Americans to flock to it in such large numbers in such a short period of time?

If you ask someone who practices yoga that question you will get any one of a million different answers. The wide range of ways yoga can positively affect your life is so great that anyone can find something in it that will change them for the better.

Before that first yoga routine my perception of yoga was like most people’s perception; that it was a spiritual and religious practice that has been practiced throughout India since ancient times and didn’t have any use in our culture. 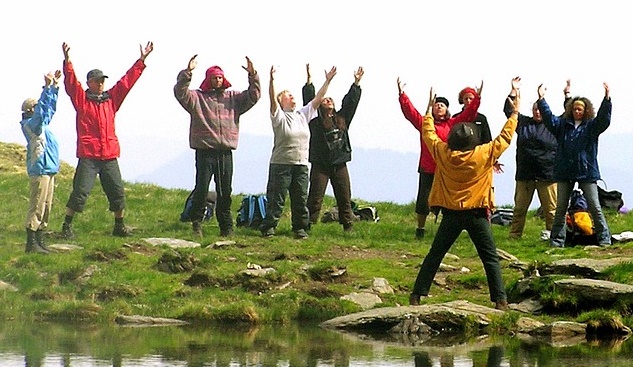 But there seems to be a shift going on in the American people today. In a country where the number one cause for stress is money and the incarceration rate is the highest in the world, it looks like the American people are willing to try anything to help them live a happier life.

And such is the American way, we took this ancient practice and updated it to fit in with our lives and our culture. There are some people who say that you shouldn’t practice yoga unless you confine to every tradition and ritual but I disagree. As long as you are able to find a workout that you can stick with and get health benefits from then you should be able to whatever you like.

It is extremely fortunate that we have been able to adopt this amazing practice from India, but yoga should be for everyone and practiced however each person feels works best for them in their lives. I believe that as long as you are taking your practice seriously and are really trying to get in touch with the way your body feels, you can practice yoga however you like.

When I walked into my first DDP Yoga class over a year ago and saw a 6’2″ body builder as my instructor I knew that yoga in America had been changed, good or bad, forever. What I started to realize as I was taking other more traditional yoga classes alongside the DDP Yoga classes was that even though I loved the intense workout that DDP Yoga gave me, I equally enjoyed the almost trance-like moving meditation that occurred during a traditional vinyasa yoga class.

I’m extremely grateful for the strength that I gained while practicing DDP Yoga because it gave me a foundation that I was able to further my yoga practice on. However, I loved the “Yogi Brain” that happened when I was really able to get into the flow of my practice and focus on my breath and my movements instead of what was going on in the outside world. It was sometimes hard to focus in my DDP Yoga classes but once I started practicing on my own and in other more traditional yoga classes, my yoga practice was taken in a whole new direction.

That is why I think so many Americans have started to practice yoga over the past few years. They are realizing, like I am, that yoga can take your body to a place that you never knew was possible. I never thought that I would ever want to try, let alone be able to do, a handstand and now I find myself practicing for hours trying to perfect it.

I believe that every human being, whether we like it or not, has a little bit of competitiveness in us; we always want to be just a little bit better than the next person. What you realize during your yoga practice is that you aren’t competing with anyone else anymore, it is only you and your body. The only person who can take your practice to the next level is you so if you are able to push past your physical and mental limitations then you will ultimately grow both in your practice and as a person.

It Starts With A Decision 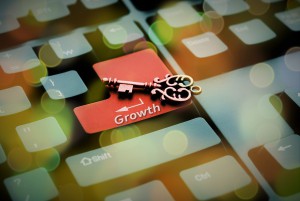 The amazing thing about yoga is that the growth doesn’t take years of solitude and meditation to achieve. You don’t have to seclude yourself on a mountain for a year to begin to affect real positive change in your body.

All you have to do is decide to make a change and then stick with it, day after day.

For me, yoga has given me something that I can do at my own pace that has no deadline or end goal. Of course I would like to no longer have pain in my lower back, and I’m getting there after 15 years of chronic low back pain, but I’m content with going at the pace my body tells me to go at.

Once you start practicing yoga you will start to hear your body talk to you as well which is why I think so many Americans are starting to listen.

Do you think you would be able to benefit from adding a yoga practice to your life?