Does DDP Yoga Really Work? The 4 Things You Should Know

Stick With It Yoga > Home Practice > Does DDP Yoga Really Work? The 4 Things You Should Know You might have heard of the new workout created by former wrestler Diamond Dallas Page called DDP Yoga and are wondering if you should dedicate your time and money to trying it for yourself. I personally practiced DDP Yoga for the first year of my yoga journey and had amazing and lasting results that I attribute mainly to DDP Yoga. But does DDP Yoga really work? And will it work for you?

Not The Yoga You Expect 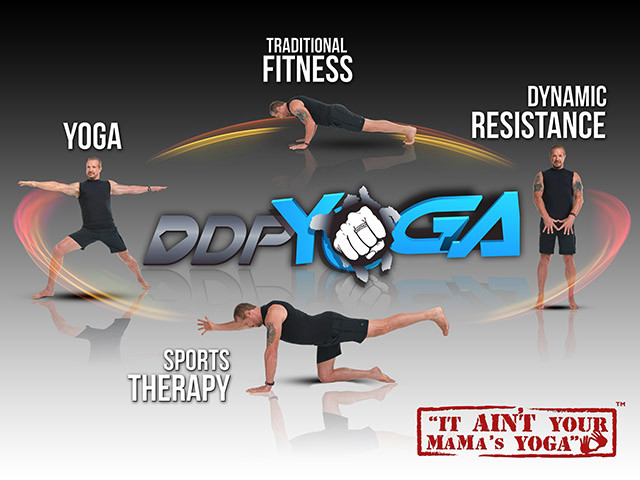 When I went to my first DDP Yoga class I had never heard of DDP Yoga before and had no idea how it was different from traditional yoga. Some instructors will tell you that it is not yoga, it is a workout designed to get men to take yoga that also caters to injuries.

The reason some say DDP Yoga was designed to get men to take yoga is because when men first think of yoga they think of relaxing, easy stretching and not really a physically demanding workout. DDP Yoga is the opposite of relaxing as you have an instructor whose background is most likely going to be fitness training and they are going to test your limits physically. If you are still not convinced that men can do yoga, check out my take on the matter here.

The foundation of DDP Yoga has four parts and I am going to break down each part individually to help you determine if DDP Yoga will really work for you.

Even though the names might have changed in order to appeal to a different audience than traditional yoga, the intensity and postures themselves are still the same. I have since furthered my yoga practice into a different variation of yoga but I still apply the fundamentals that I learned in DDP Yoga even when I’m not specifically doing a DDP Yoga workout.

Also, DDP Yoga does not expect you to have any prior yoga experience. Every posture is explained and there are multiple variations of each pose that can be done so no matter what level you are at, there is something for you. Whether you’re a complete beginner, young, old, or anywhere in between, DDP Yoga can be done by anyone. 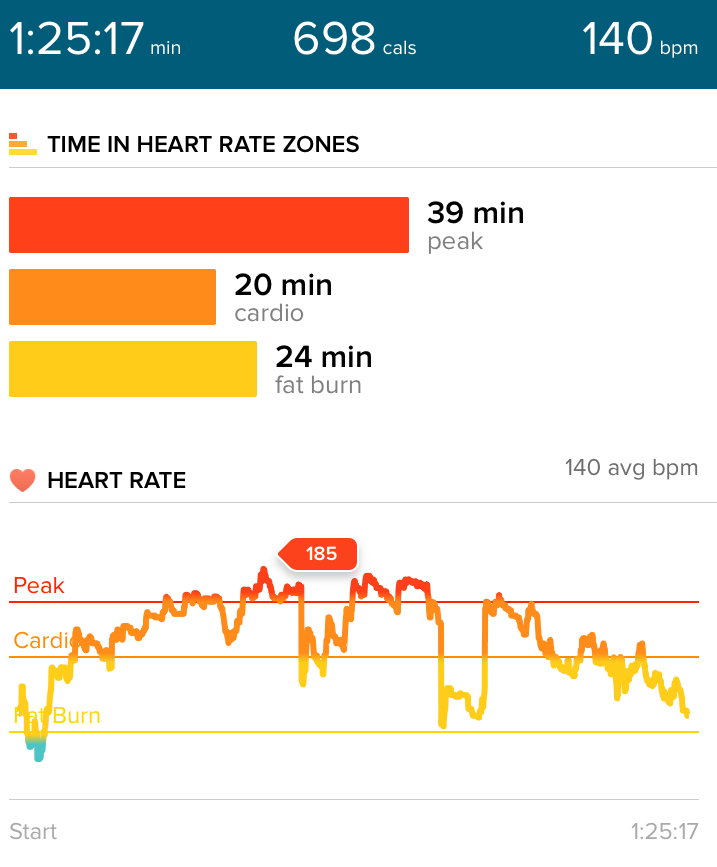 Does DDP Yoga really work? I think my heart rate answers that question.

In order to really make DDP Yoga work for you it is all about using dynamic resistance during the workout. Dynamic resistance is basically keeping every muscle in your body as tight and flexed as you can throughout the entire workout.

The best way to describe how your body should feel when you are moving through the postures and exercises is as if you were trying to move through quick sand. Every muscle in your body should be flexed from your fingers, arms, glutes, legs…everything.

If you’ve ever watched a body builder contest then you will see that they are using dynamic resistance while posing for the judges due to the amount of heat it creates.

Since I was doing DDP Yoga for so long it became second nature for me to flex my muscles throughout my practice which has led to a drastic increase in muscle definition. I still use dynamic resistance today in my practice even though I’m not doing a workout specifically designed for DDP Yoga and will continue to use it because it allows me to heat up and really loosen my muscles.

One of the key differences of DDP Yoga is that it adds traditional fitness exercises in with the yoga postures such as fast and slow push-ups, mountain climbers, rows, curls, punches, and more. Since every muscle in your body is flexed due to dynamic resistance and you are including traditional fitness exercises to the workout, the amount of heat that is produced in your body is amazing. 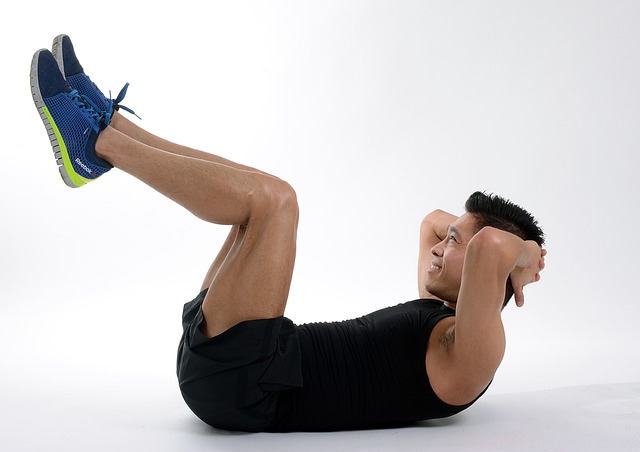 Even though your heart rate is already highly elevated, adding traditional fitness exercises to the mix forces you to focus on your breathing so you are able to maintain a steady heart rate. If you are able to really focus on your breath and keep it under control during the intense cardio that you are doing, your stamina will increase drastically and you will eventually be taking fewer and fewer breaks.

As long as you stick with it, overtime you will be able to maintain your steady breathing all while your heart rate is through the roof.

I didn’t realize how much my body had deteriorated until I started practicing DDP Yoga. I have had chronic lower back pain since I was 15 so I was really hoping that yoga would be able to help me get rid of some of that pain. Since DDP Yoga was created by a former professional wrestler who needed a way to workout while also catering to his injuries from wrestling, I couldn’t have asked for anything better than DDP Yoga for my body.

Amazingly enough, my DDP Yoga instructor was also a massage therapist who suffered from lower back pain just like me. With his help and sticking with my DDP Yoga practice I was really able to dig deep within my body to start releasing the tension that was causing me so much pain. DDP Yoga focuses heavily on static poses that really allow your body to heat up and build strength from the inside. You might be holding one posture for over a minute and your body is begging you to come out of it but the longer you are able to push through the better your results will be.

One of the most important things to remember is to check your ego at the door with DDP Yoga.  If something doesn’t feel right in your body then listen to it. The only way your body is going to heal is if you give it the time it needs to work out all of the aches and pains that have built up over the years. Naturally letting your body move the way it wants to move during the workouts will allow it to heal much faster than pushing yourself too hard and getting injured.

Not Intended To Clear Your Mind 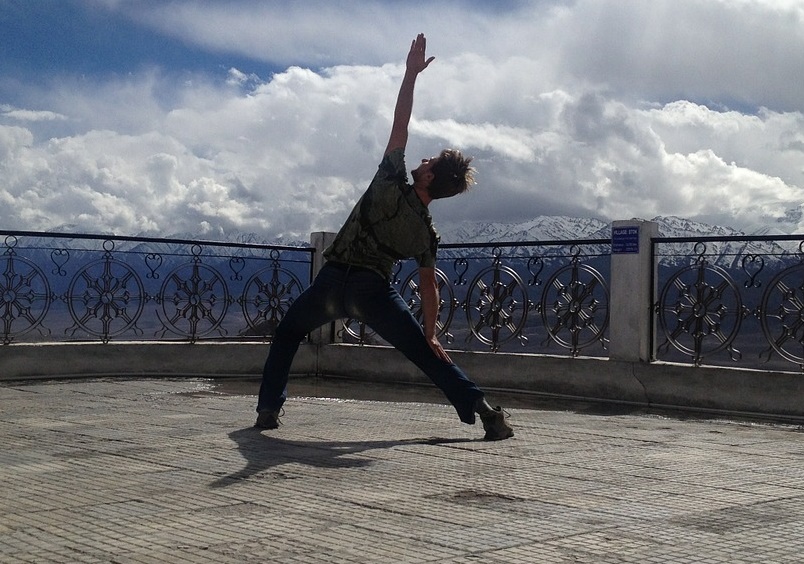 So now you should have a little bit of a better understanding of what you should expect to be doing if you decide to start practicing DDP Yoga. If you are looking for a way to burn fat, lose weight, increase your cardiovascular health, and increase muscle definition and stamina then you might want to give DDP Yoga a try.

So does DDP Yoga really work? If you’re goal is to get in amazing shape without worrying about the calming effect that other types of yoga can offer, then I would say go for it.

I have since moved on from my DDP Yoga practice because I was looking for something that would help me clear my mind as well as shape my body. No matter what yoga practice you decide to do as long as you commit to it and stick with it overtime you will find relief.