How is Yoga a Practice?

Stick With It Yoga > Motivation > How is Yoga a Practice? 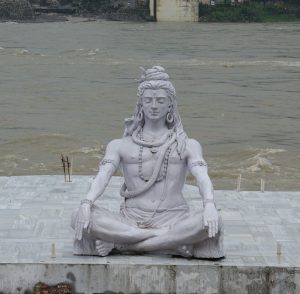 Yoga is an ancient Indian practice.

The practice of yoga dates back to around 5,000 years ago in ancient India and was used to help young boys prepare their bodies and minds for becoming a man. Yoga did not become popular in the West until the 20th century when it was marketed to housewives in the 1970’s and 1980’s for the empowering nature it provides. Once they started to receive all of the other health benefits that a regular yoga practice brings, more and more women started practicing and it was then forever associated in modern society as something only women did.

And there’s no denying it; if you are only looking at yoga from the outside and have never actually tried it yourself, it might seem a little feminine at first. But ask anyone, man or woman, who has been practicing yoga for a while and has advanced to the point where they feel comfortable with a high-intensity practice like Vinyasa Yoga, they will tell you it’s one of the most difficult things they’ve ever done.

Just like you need to practice to get good at anything else in life, yoga is no different.

How is Yoga a Practice?

If you are a complete beginner to yoga then you might be like many other Americans who have started practicing yoga in the past 5 years mainly because you’ve heard that it is good for your health and can help relieve chronic pains. Even though at first you might feel like your body is never going to loosen up and is always going to be sore no matter how long you practice each week, it is important to remember that you are doing just that – practicing.

When I first started practicing yoga it took at least 3 months before I was able to even touch my toes comfortably. I was suffering from severe chronic low back pain stemming from sciatica in my lower lumbar vertebrae and getting through an hour of practice was no easy task. But I was determined to be able to live the rest of my life without chronic back pain so I continued to practice 3 or 4 times a week until I was able to feel my muscles getting stronger and looser.

Practice at your own pace.

Overtime my body started getting used to the positions that I was putting it in during practice and was getting stronger as well. The muscles that had been unused for so long finally stopped being sore and I was able to use them to go deeper into postures that had given me trouble before.

Now, almost a year and a half later, my lower back pain is virtually non-existent and I no longer have sciatic pain after countless hours of practice. And I’m only just getting started. 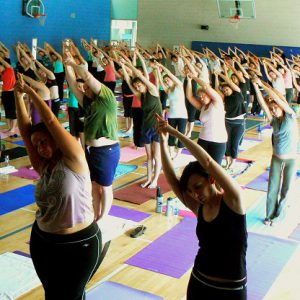 When you practice yoga regularly, and you stick with it, you’ll realize that every part of your life starts to feel the benefits, not just the relief from aches and pains. Yoga has been shown to reduce stress and anxiety and has been prescribed by doctors to patients recovering from many types of severe and chronic conditions.

Even though there is really no end-goal as you continue to advance in your practice, the end-goal is being able to live a happier and healthier life.

That’s the great thing about yoga – the more you practice the better you feel. Eventually your practice develops a positive feedback loop that just continues to build for as long as you continue your practice, improving all aspects of your life along the way.

So why would someone who is practicing yoga regularly and receiving all of the benefits that comes along with it want to stop practicing?

The answer? They don’t.

Why do you practice?